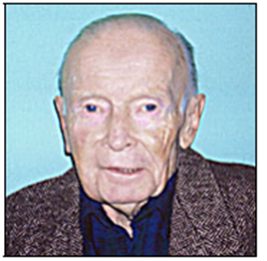 Mr Jackson was a familiar face to those who attend the Tartan Tea and MidCanada competition every year. This is a person who received the title of honorary member for his long-time support of highland dancing – not as a dancer or having a family member who danced, but for the art itself.

After his wife, Braidwood Jackson (nee Strachen) passed away, he felt he wanted to do something to honour her and keep her memory alive. She loved highland dancing, so he decided to create the Braidwood Jackson Memorial Fund and give an annual trophy. This trophy is given out at MidCanada and he (used to) award it himself. He was often there the whole morning, and on some occasions, gave out all the medals. He was always kind and generous.

Mr Jackson used to attend the Tartan Tea every year and enjoyed it so much, he usually stayed the whole afternoon. This was quite an accomplishment for someone in his late 80’s.

We welcome you, Mr. Jackson. You undying love for your wife and her love of highland dancing is remarkable. We hope that by bestowing upon you the distinction of honorary member, we can in some small way say thank you for your kindness and support of our organization.

* The Braidwood Jackson Trophy is still awarded on the Saturday of MidCanada, usually as the Beginner High Aggregate trophy. The Jackson Trophy fund is still active with funds used to maintain the trophy.

(Published in the Winnipeg Free Press on May 26, 2007)
STANLEY CHARLES JACKSON 1920 – 2007 On May 20, 2007, Stanley passed away at St. Boniface Palliative Care. He was predeceased by his dearly beloved wife Braidwood Braidy Jackson (nee Strachan). He will be especially remembered by his sister Rita Reinisch and family, nephews, Charlie (Debbie, Bradie and Parker Jackson); Brian (Marnie, Alyssa, Ashley and Travis Jackson); Scott and Mary Beth Strachan and family of Herndon, Virginia, U.S.A.; Glenn Strachan, Jean and family of Brennan of Seattle Washington, U.S.A.; Dave Strachan of San Francisco, U.S.A.; and his good friend Olive Henrickson and numerous friends and relatives. Stanley was born on March 26, 1920. He attended Daniel McIntyre Collegiate in Winnipeg. Stanley served in the Canadian Army where he was stationed in Canada, the United Kingdom, and North Western Europe. Stanley was a lifetime member of the Royal Canadian Legion, Gen. Sir San Steel Br. He was also a member of the Melrose Camp Sons of Scotland, and a former member of Fort Garry Kiwanis Club. Stanley attended Khaki University of Canada in the United Kingdom at war’s end. When he returned back to Winnipeg he became employed by Manitoba Hydro as a field auditor and later as a senior buyer, then as a group leader in the purchasing department. Stanley was also a member and elder of the former Norwood United Church, an honorary member of Manitoba Highland Dancers Association, a member of the Wildwood Golf and Country Club, and a member of the St. Mary’s Road United Church.